The Domaine of Bachellery is a very old estate that dates back to the Middle Ages and is located along the ancient Via Domitia in the Béziers area of the Languedoc region, facing the Mediterranean Sea. It was a church property until the French Revolution, and later on, was sold to private families. Béziers is one of the winemaking towns in the Languedoc region where ancient terroir of clay and chalk hills define the land. This area is one of the driest in the region, and is exposed to winds of different origins, some very violent and some carrying stormy rainfalls. In the early 1980’s, the domaine was purchased by the JULIEN family, fifth generation winegrowers from France.
Wine Selection
Domaine de Bachellery website 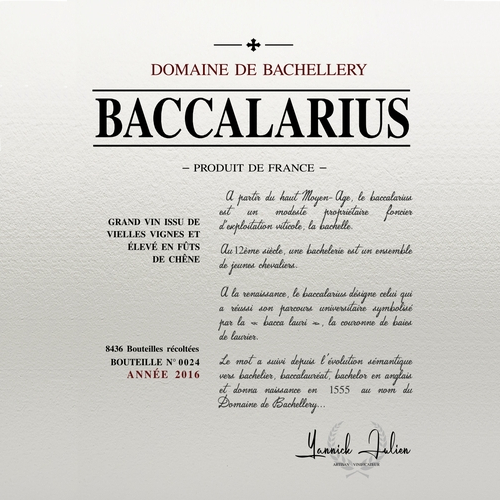